Video Game Censorship: Are games treated differently? Should they be? 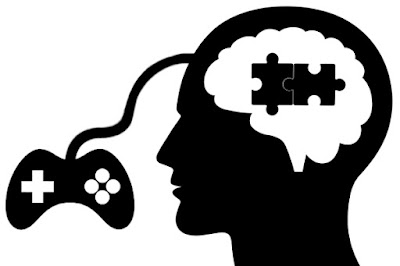 
On July 27, 2011 the Supreme Court of the United State issued its written opinion on Brown v. Entertainment Management, explicitly giving video games the same protection as traditional media under the First Amendment. Brown v. Entm't Merchs. Ass'n, 564 U.S. 786  (2011). The Court held in a 7-2 decision, written by the late Justice Scalia, that Video games qualify for First Amendment protection. The Free Speech Clause of the First Amendment  exists primarily to protect discourse on public matters, but the Supreme Court has long recognized that it is difficult and foolish to try and distinguish politics from entertainment. Just as with the protected books, plays, and movies that preceded them, video games communicate ideas, artwork, and social messages using familiar literary devices (such as characters, dialogue, plot, and music) through features distinctive to the games (such as player interaction with the game world). Additionally, the Court made clear that these protection would continually be given to new medium regardless of technological innovations stating that under the U.S. Constitution, aesthetic and moral judgments about art and literature are for the individual to make, not for the Government to proclaim. Regardless of the difficulties in adapting the Constitution to ever-advancing technology, the basic principles of freedom of speech and the press, like the First Amendment's command, do not vary when a new and different medium for communication.
The Court also found that the argument that you interact with a video game instead of passively consuming it to be unpersuasive. The Court opined, and I agree, that you also actively interact with movies, books, and television as you insert your own ideas and opinions into the various mediums.


The issue that brought the matter before the court was a California law banning the sale of violent video games to persons under the age of 18. The Court found the law to be unconstitutional because it was under inclusive in that it did not prevent children from viewing or accessing violent material in other mediums and over inclusive because it abridged the rights of young persons, whose guardians found video games to be a harmless pastime. Since it was determined that video games have First Amendment protections, the law (and any law that seeks to censor or regulate the sale or content of video games) has to pass strict scrutiny. Strict scrutiny is the most exacting standard that can be applied by a court, and is the most difficult for a law to be found constitutional under (the law has to be based on a compelling government interest and that the law must be narrowly tailored to address the problem: it cannot be overly broad or not broad enough). At this current juncture it would be virtually impossible for Congress, or any state legislature, to implement a system of video censorship.


California argued that there was precedent of certain material being censored or kept from children altogether, which is true, such as the case of pornographic material. The two dissenting opinions agreed that video games should be given the same First Amendment protection, but disagreed about the state's ability to regulate the sale of violent video games to children. However the video game industry has self implemented system for regulating video game's with the Entertainment Software Rating Board (I plan on doing an entire post on the ESRB at a later date). This ensures that parents can have a general idea of the content of a game and keeps games that would be considered pornographic in nature from the store shelves, an AO or adults only rated game cannot be sold at a standard retail store. In fact the FTC found that the regulation in place for the video game industry were much more stringent than the regulations in the music and movies industries and did a satisfactory job of keep very violent video games out of children's hands.   https://www.ftc.gov/sites/default/files/documents/reports/marketing-violent-entertainment-children-sixth-follow-review-industry-practices-motion-picture-music/p994511violententertainment.pdf


The Psychological perspective-
The Court in Brown v. Entm't, as well other courts that have addressed that the effect of video games on children is unclear. See Am. Amusement Mach. Ass'n v. Kendrick, 244 F.3d 572 (7th Cir. 2001). The Court noted  that there are conflicting psychological studies regarding the effect of violent video games on children, but noted that even studies that purport to a show demonstrable detrimental effect are lacking hard evidence. Even previous studies that found a link between violent video games and aggression were unable to find a distinction between violent games, movies, television, or cartoons. Video Software Dealers Ass'n v. Schwarzenegger, 556 F.3d 950, 955 (9th Cir. 2009).


In August of 2013 the APA created a task force and reviewed over 100 studies regarding violent video games and came to the conclusion that playing video games can increase aggressive behavior and thoughts while leasing empathy and sensitivity towards aggression. http://www.apa.org/news/press/releases/2015/08/violent-video-games.aspx


However, recent study performed by University of York found actually found that there is no evidence to support that video games make people more violent. The study focused on adults, using 3000 participants, found that video games do not demonstrably effect a persons perception or interaction with the real world. https://www.sciencedaily.com/releases/2018/01/180116131317.htm There are however also been studies that state there is a direct link between violent video games and aggressive behavior, particularly in children. https://www.independent.co.uk/news/science/study-finds-that-violent-video-games-may-be-linked-to-aggressive-behaviour-10458614.html.
I don't purport to be an expert on physiological matters, far from it, but what I wanted to express is that there appears to be no overwhelming consensus about the effect that violent video games have on the mind.


Here's my take on it-
I do wonder if the way in which we interact with video games changes its nature in regards to the effect it has on our mental state. There certainly seems to be more violence, and more realistic violence, in all forms of electronic media. I don't see games making people more violent, people have always been violent and the roots of our violent tendencies are deep and complicated. In some games the violence portrayed is powerful tool that increases the stakes of the encounters and enriches the experience (The Last of US, Bloodborne, Doom 2016). Other times the violence is gratuitous and is just used for a cheap thrill, something that exists in the other mediums as well.


I don't think the California law was necessarily a bad idea. It shouldn't have focuses solely on video games, but maybe more should be done to keep children from seeing ever increasingly realistic and graphic depictions of violence. I don't think implementing a legislative scheme to keep very violent  or obscene media from children would be effective, but that doesn't mean it the idea is totally wrong.


I understand why some people want to have greater restrictions placed on video games. If you see, in isolation, some of the gruesome displays of violence featured in games a person may readily come to the conclusion that certain games should be banned. Additionally, seeing your child play a game where she or he is directly controlling a character who is murdering some digital avatar would no doubt be alarming. However,  I firmly believe that video games are art. As with any artistic medium there are examples of cheap, vulgar, or distasteful pieces. Some games may display less artistic and cultural value than others, but that is no basis to treat video games any differently that the more traditional forms of media.