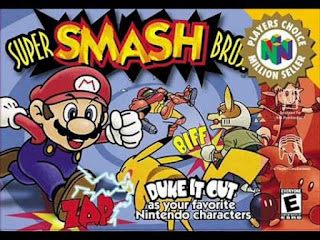 1999 was a year of momentous change. Almost all of the major titles were in 3D and took a large step towards looking more like a modern game. Some of the classics from 1999 included

Tony Hawk Pro Skater- The first in a long line of titles where you could play as your favorite skater (or Darth Vader) and achieve tricks and heights we could only dream of. This game and those that followed had awesome soundtracks and precise addictive gameplay. There were also hidden areas and collectibles.

I spent hours and hours as a kid playing Roller Coaster Tycoon- This was probably my first experience with a simulation game. Building a theme park and designing the most over the top, and sometimes very unsafe, roller coasters was a blast.

Donkey Kong 64- One of the last games made by Rare for Nintendo before they were purchased by Microsoft. DK 64 was a game all about exploring and collecting. To its own fault actually, some people complained there was just too many things to collect. I don't know if there were too many collectibles  I never beat it. I do know that it had the dopest theme song of all time. see : https://www.youtube.com/watch?v=oKuO-1GoNJk

Jet Force Gemini- This was a third person shooter that leaned heavily towards the outrageous. A species of alien ants invades a planet of teadybears and its your job to stop them. There was a large variety of weapons and the levels utilized verticality in a manner that was rare for the time. You could also play as dog that had a gun attached to his back, which was pretty rad. I use to love playing this common on local coop with my cousins.

Super Smash Brothers- Talk about saving the best for last. SSB is on of my favorite games of all time. SSB was an instant classic because it featured characters and levels from the most beloved Nintendo franchises. The game played in 2D, but had 3D models and stages. I still play original SSB frequently. Four player local multiplayer with a easy to learn hard to master styled game play made SSB my most played game in college, by a wide margin. There is also a strong variety in play styles, maps, and items that adds depth to the game. There have been three sequels since the original and Super Smash Brothers Ultimate comes out in December. Although I have extensively played all of the sequels and eagerly await the new title nothing will ever replace the special place I have in my heart for the OG Smash blue Kirby for life.

So much changed in video games throughout the 90s. Trends came and went, technology rapidly advanced, and new series and developers were born as others faded away. This was a time before micro transactions. The game you bought day was always the finished product. Although Computers had online multiplayer most competitive and cooperative play was done locally creating another reason to have friends over. If you had trouble beating a game you would have to ask a friend on the bus how to proceed or get an older relative to surpass an obstacle. I don't mean to be overly nostalgic and I'm not saying that games have gotten worse, but there is a strong part of me that misses gaming in the 90s and its been a lot of fun thinking about these games again and writing about them, thanks for reading.